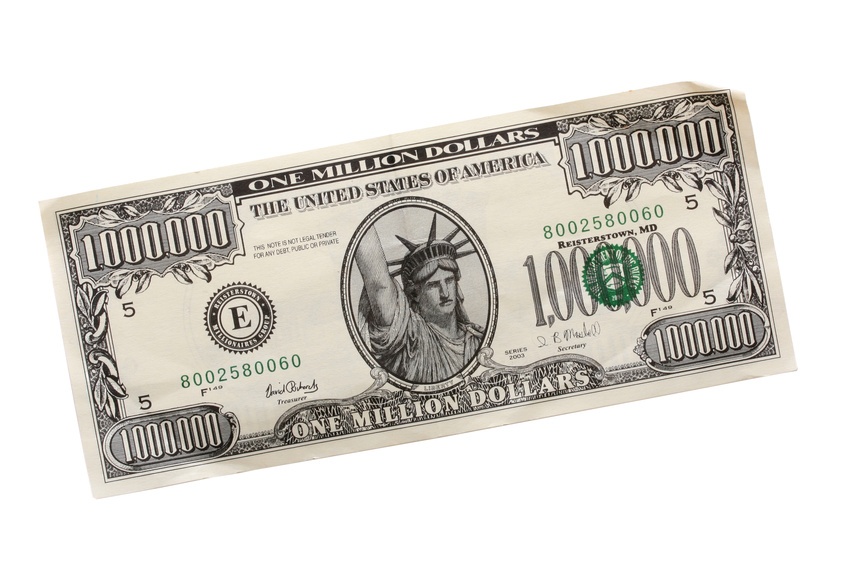 Would your company do things differently if a critical bug cost a million dollars to fix?

Part of the reason for the bugs in software these days, might be our willingness to accept them.  We have become so used to software that is filled with bugs, that we are willing to lower our expectations accordingly.

I suspect that most companies would alter their practices if the cost of bugs were unacceptably high.

Don’t believe me?  Read on.

I started my software life in the world of embedded firmware in the 1990s.  For those of you who don’t know what “embedded firmware” is: embedded firmware is software that is compiled to a low level machine language, burned on to a chip, placed on a board, and sold as part of some interesting, reliable, electronic device of some kind.

They call it “firmware” mostly because it is somewhere in between software and hardware.  Firm, see?  Okay, let’s move ahead.

Anyway, this is what I ate, slept, lived, and breathed for the first 8 years of my software career.  I loved it in some ways, and did not love it in other ways.  Such is life.

Ever since I left the embedded software genre around the year 2000, I have always been fascinated by the differences between the embedded world and the non-embedded world.  They are very different animals.  One major driver, in my opinion, is the cost of bugs – also referred to as “cost of quality.”

Software Bugs have a Cost?

Yes, dear reader, they do.  Sometimes the cost of bugs are hidden – consciously or unconsciously – from engineering.  This can be a double-edged sword, in my opinion.

If you are a software developer, then you probably know what a “bug” is.  Of course, there are classifications of “bugs”, but that is a post for another time.  For the sake of this post, let us define a bug to be: anything that causes failure or causes the software to function outside its requirements.

When a bug is detected in a typical software company’s product, one of two things will happen:

If we consider the cost of this process, we are talking about cost in terms of the required resources to support fixing the bug.  In the critical case, we might be talking about several days of time with several layers of the company.

Multiply that by the salaries of the involved stakeholders, and it may get into the thousands or tens of thousands of dollars in total.

Now imagine we are dealing with an embedded system that is deployed out in the wild somewhere.  The same scenarios might look more like this:

Think about how expensive either of those could be.  Imagine that there are a million units in the field.  What if it was a hundred million units?

A critical bug might cost a million dollars or more to rectify.  Look at what happened to GM in 2014 (in fairness, this was likely not a software bug, I am just pointing to cost)….excerpt:

“GM recalled about 29 million vehicles for ignition switch defects and other issues, at a cost of $2.5 billion.”

This leads to my point.

Imagine for a moment that bugs cost a lot of money when they are uncovered after release.  In fact, assume that it is a significant chunk of revenue.  How about one million dollars for a critical bug?

“Toto, I’ve a feeling we’re not in Kansas anymore.“

-Dorothy in The Wizard of Oz

Let your imagination wander here.  Whatever a “critical” bug means to you in your specific area of specialty, ponder its cost to fix.

I suspect that software companies would do things very differently if a critical bug had such a large cost.  Here are some differences that I can imagine:

The Organization Gets Serious

If a critical software bug cost a million dollars, we might see…

To me, these actually sound like great ideas for any software company, regardless of the cost of bugs.

If a critical software bug cost a million dollars, I could imagine…

This seems beneficial, even if bugs are not expensive to fix.

If a critical software bug cost a million dollars, I would wager that….

There might be some healthy and open discussion in such demonstrations.

If a critical software bug cost a million dollars, I would think that….

If a critical software bug cost a million dollars, I would really hope that…

Try starting on a project with a million-source line of code (SLOC) codebase that has been documented in stories alone.  Try getting an understanding of the major concepts, the assumptions made, and the technical trade-offs.  It is very challenging indeed.

In fact, I assert that user stories are not an ideal mechanism by which to capture project history.  If there is no written design, and code is the only deliverable that matters, this is a recipe for major problems due to misunderstood implementations.

I have personally seen near rewrites of entire codebases, simply because the “original intent” – the good and bad of existing design – was undocumented, lost through attrition, or unknown.  It probably could have been avoided if its pros/cons and overall design were clearly captured somewhere.

This one would be interesting to explore further.

If a critical software bug cost a million dollars, this might happen…

A quality organization with a stronger project voice might be an interesting discussion.

If a critical software bug cost a million dollars…

Interestingly, the software industry seems to be moving in this direction to some degree, with the rise in containerization and related tooling.

What Do You Think?

If a critical bug cost a million dollars to fix, how would your company do things differently?