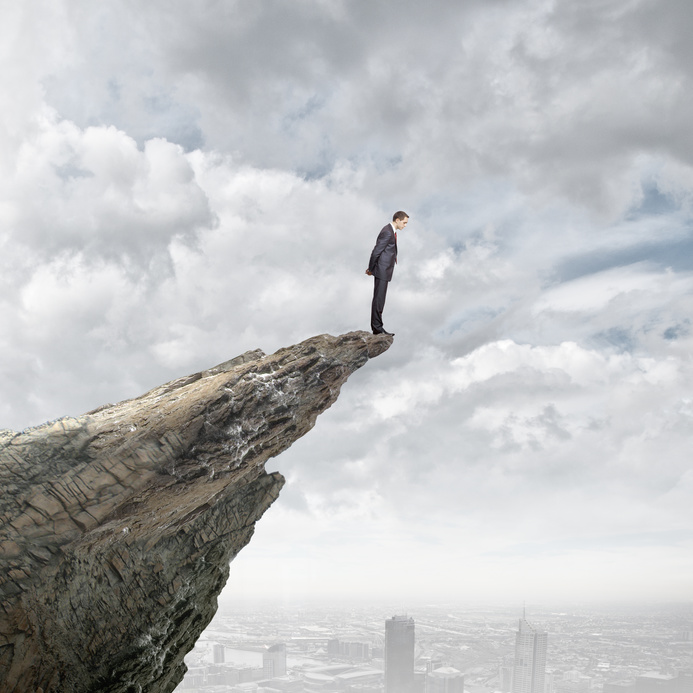 I’d like to open up with a short story.

Suppose there is a cage containing five gorillas and a large bunch of bananas hanging above some stairs in the center of the cage.

Every time a gorilla attempts to retrieve the bananas, all of them are sprayed.

Eventually, they quit trying and leave the bananas alone.  Then, one of the original gorillas is removed from the cage and replaced with a new one.  The new gorilla sees the bananas and starts to climb the stairs. To his horror, all the other gorillas attack him (after all, they don’t want to be sprayed with water.)  After another attempt and attack, he knows that if he tries to climb the stairs he will be assaulted.

Next, the second of the original five gorillas is replaced with a new one. The newcomer goes to the stairs and is attacked. The previous newcomer takes part in the punishment with enthusiasm.

Next the third original gorilla is replaced with a new one. The new one goes for the stairs and is attacked as well. Two of the four gorillas that beat him have no idea why they were not permitted to climb the stairs or why they are participating in the beating of the newest gorilla.

After the fourth and fifth original gorillas have been replaced, all the gorillas that were sprayed with cold water are gone.  Nevertheless, no gorilla will approach the stairs. Why not?

“Because that’s the way it has always been done.”

Okay, that story has floated around the internet for years.  I have no idea if it has any roots in reality.  [Interesting aside: the famous US psychologist Martin Seligman actually conducted similar learned helplessness experiments on dogs with similar results.]

Anyone that has worked in large corporate environments probably chuckles about the gorilla story, because it rather nicely describes corporate tribal behavior.

Today I have a slightly different take on the story.  It is about how situations on the job (and off the job too) can influence our decision making and affect our attitude.

I tend to look at the thought processing of our minds from a systems engineering perspective: there are inputs and outputs.  The inputs are our perceptions, including sight, smell, sound, touch, etc.  The outputs are our behaviors, words, and actions.

Between those inputs and outputs is the mind, body, and spirit, which are formed from our genetics, upbringing, life experience, and so forth.

Sometimes the outputs make no sense given the inputs.  Welcome to the human race, right?

The simple diagram below illustrates the point:

With this high-level interpretation, it stands to reason that our experiences can color our perception and alter our outputs.  I don’t think it takes something like sitting in a cage with a bunch of gorillas.

What Is The Abyss?

Let’s say we have a noble engineer, Ted, working on a technical team at a startup company.  Ted really enjoys the problems he is solving, so he engages himself with gusto.  He thinks about these problems outside of work.  He networks with his colleagues about them.  He starts to identify himself with his work.

All of a sudden, Ted gets a new boss.  The boss does not give a damn that Ted cares about the problems he is solving; he cares that Ted reports status on a timely basis.  He cares that Ted dresses a certain way for work.  Ted’s creative solutions?  Meh.  To make it worse, the boss is a screamer.  He will yell and scream at Ted if he doesn’t get that status report in on time, and he doesn’t care who is around to see it.  For him, Ted is a tool to be used.  For Ted, the normal morning ritual of preparing for work transforms into something more like mentally preparing for war.

Ted takes a year of this sort of abuse, then really starts to lose it.  His temper becomes short.  He gets depressed.  He starts taking the problems home with him.  His private life starts to suffer.

Finally Ted realizes that he cannot deal with much more of this, so he does himself a favor and leaves the company.  He does some networking and finds another company with a similar set of technical challenges that he would enjoy solving.  Ted gets into the final stages of the interview process, when his prospective boss mentions that he is a real stickler for status reports.

Then something strange happens.

Ted finds himself reacting emotionally to the situation.  Whoa.

Ted’s mental warning bells start to go off: “status reports.”  His previous job has alarmed him enough that he is now apprehensive about getting into a similar situation as the one before.

Ted is reacting out of legitimate concern, perhaps even fear.  He certainly does not want to go back into his previous situation.  But he is on the borderline of judging a present situation based on his own perceptions of past events.

Let’s say that the interview scares Ted so much that he takes a different job.

In an extreme stretch, let’s say that Ted’s experience puts him off so much, that whenever he is asked for a status, he has an anxiety attack.  He is judging a possible future based on what has happened to him in the past.

This is what I think of as “The Abyss.”  It comes out of this quote from the German philosopher Friedrich Nietzsche:

“He who fights with monsters should look to it that he himself does not become a monster.

And when you gaze long into an abyss the abyss also gazes into you.“

For years, I did not fully understand this quote, until I looked at my own life and work, and I decided that I wanted to be better at both.  Then I started to realize what Nietzsche was saying.

The Abyss is a way of living in which experiences, perceptions, trauma, or beliefs affect us so powerfully, that we start unconsciously limiting our own lives.  The “monster” in the quote above, in my interpretation, is a metaphor for the negative forces around us all.  The monster could be a terrible boss, corporate inertia, very stressful situations, insecurity, a dysfunctional family, and so on.

I believe that The Abyss can transform us in profound and personal ways, if we choose to let that happen.

In the case of poor Ted, that one experience with his nasty boss might be fatal to his career aspirations, unless he realizes that his actions are being shaped by his own personal monster.  Unfortunately, he may not be aware of it at all.

Many people I have met seem unaware that they are in a pattern of this automatic behavior.  I have met professional people who religiously adhere to specific techniques and ridicule any who disagree; QA professionals who immediately stereotype developers as being uncaring and adversarial; developers who eschew non-technical skills to the point where it becomes career-limiting; dev-ops engineers who always assume developers don’t care about dev-ops issues; project managers who have become so focused on minutia that their projects aren’t actually executed very effectively.

These things are hallmarks of personal struggles with The Abyss.

We’ve all heard the phrase “misery loves company.”  It is very easy to let a negative work environment, a ridiculous boss, or a defeatist attitude become a strong influence over us.  You can notice this in the words people choose when they are in this mindset, as I discussed in my post on Catastrophic Thinking.

As Eckhart Tolle once observed – this behavior is so normal, that almost everyone lives like this.  Although I am usually quite aware of this in my own life, I also struggle with it more than I care to admit.  It usually strikes me when I am ego-invested in my own position, or too emotionally tied to – or unaware of – my own situation.

Stepping Back From The Abyss

The fascinating part about all this, is that we can easily stare into The Abyss without any awareness of it whatsoever.  I think the first step in fighting that monster is to become aware of it, which is more easily said than done.

I have had my share of roles in a situation like our hypothetical friend Ted.  After moving on from soul-sucking environments, grueling projects or conflict-heavy roles, I notice that it can take me a few months to feel like I fully cleared out the defense mechanisms that I had put up in order to deal with those work environments.  In effect, I needed to recover from an “Abyss Job.”

I believe that the effects of The Abyss are most readily observed in ones own outputs.  If you (or your spouse or your friends) notice your attitude descending into negative territory, it might be time to heed the advice.

Focus on whatever tools you might have in your own personal attitude adjustment kit.  If you have a meditation practice, revive it.  If you stopped exercising, start it up again.  If you are spending time with negative people, try to surround yourself with positive people, or make pacts to focus on positive things together.  Do what you need to do, in order to center yourself.  Bring yourself back to whatever reality is right for you.

This year I am paying particular attention to my own attitude relative to The Abyss.  Who’s with me?