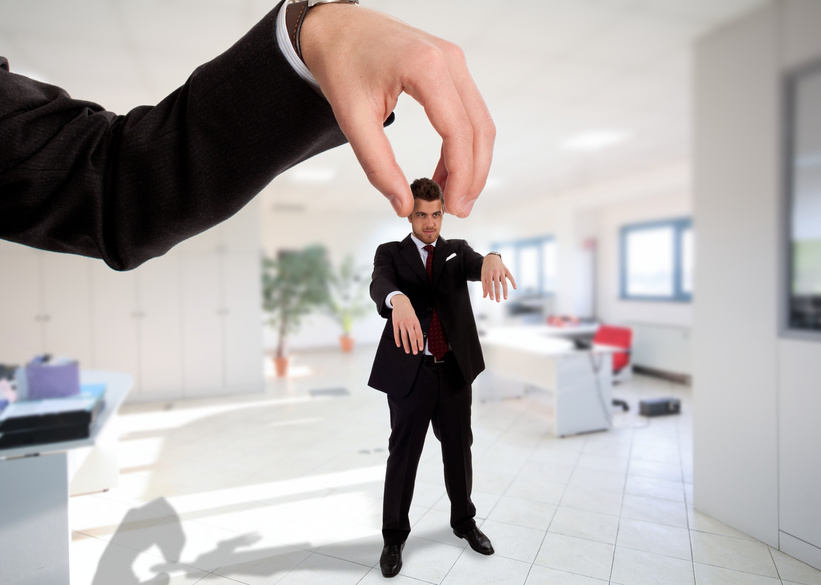 Almost everyone has seen zombie movies or shows.  Almost without exception, the zombies are portrayed as unthinking beasts, satisfying their primitive instincts by preying on the living.  Fun on Halloween, but rather apocalyptic and scary otherwise, right?

Another way to think about zombies, is that they are incapable of higher thought.  They are one-trick ponies, feeding and moving from one victim to the next.  Completely on auto-pilot.  Conscious, but probably only in basic parts of the brain, like the cerebellum and the hypothalamus.  If we were to burrow into the zombie brain, we might hear the single repetitive thought “Eat…..eat…..eat….”

I’m talking about our unwitting association with the mostly-repetitive conscious and unconscious diarrhea that constantly swarms around in our brains.  You might recognize some of these:

All of these things are simply repetitive mental noise.  Some people refer to it as the “thought stream” which I always thought was an apt description for it.

This stream of mental noise is so common that most of us just accept it as The Way Things Are.  This is reflected in the powerless speech that people often apply to their own mental processes: “It’s the way I am,” or “I can’t control it.”  For example, I commonly hear people who are looking for relationships say “I’m looking for someone that makes me happy.”  It is as though they are totally unaware that happiness must first start within.  This assertion would be foreign to them, because they are simply processing their own thoughts in their own world, unable to see beyond it.

The unfortunate part is that when you are so tightly wrapped up in this vortex of nonstop mental noise, it owns you.  You become its puppet.  You act the way your mental tapes act, the way you historically trained yourself to act.  Eckhart Tolle once talked about this as the antithesis of the mind as a tool: the mind is using you, rather than the other way around.  I found it to be a powerful analogy.

I can completely identify with dilemma, because I lived precisely the same way for the first thirty-five or so years of my life.  Then something triggered a change, and I had to learn a different way to live, or die trying.

For myself, this meant noticing how I related to my surroundings.  I did plenty of self-discovery.  I worked on creating and adhering to personal boundaries.  I learned how to forgive myself for not being perfect(!)  I cleaned up some bad habits.  I dug deeply into a personal meditation practice.  It was a painful and difficult transition from my former zombie state.  It’s a constant work-in-progress, since I still have some pockets of zombie-ness.  But I would never want to go back to full-time zombie.

As a side effect, I now notice zombies in all walks of life (no, not the flesh-eating kind…)  Sometimes I can help them realize when they are in a zombie-like state, and sometimes I cannot.  Sometimes they remind me when I am in a zombie-like state.  I also see it in my colleagues around the office.  This is spectacularly interesting in people that work in knowledge activities like software or information technology, because the roles are so abstract, and such value is placed on high-functioning mental capacity.  However, even for all that mental horsepower, the problem remains.

A Mindfulness Exercise For Your Inner Zombie

One reason that I enjoy introducing people to meditation is to observe how (or if) they arrive at the realization that it is actually possible to separate consciousness from their thought stream.  One of the exercises that I enjoy is a counting exercise involving the use of a pitch counter.  You know, one of the old mechanical “clickable” counters.  It looks like this: 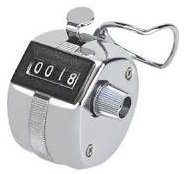 The exercise is as follows.  You sit by yourself in a quiet place and try to listen for your own mental processing.  With each thought you can recognize, click the counter.  One click per thought, please.

This exercise can be very tough, particularly for analytical people such as engineers.  There seems to be a tendency to regard such an exercise as something that should have a project plan attached in order to be considered valid.  This analyzing is something to be compartmentalized away for now.

The goal of the exercise is to simply build the recognition that you can, in fact, watch for your own thoughts.  The goal is definitely not to check out your score on the counter.  That said, in my experience, everyone who does this exercise seems to find entertainment in looking at their count.  With some practice, you can become very adept at recognizing when you have thoughts.  For those of you who are into meditation, you probably know where this eventually leads.  However, I will not cover that here.  Back on point.

“So” you might ask, “what does this exercise have to do with anything anyway?”

Think of it this way.  When you are clicking this mechanical device upon each conscious thought, consider that the part of your mind that is recognizing your thoughts is actually separate from your thought stream itself.  Otherwise, you would be getting constantly distracted and you would not be clicking very much, if at all!  In effect, the idea is for you to become the observer of your own thoughts.

That’s a really, really big deal.  I don’t think Zombies have this ability.

At this point, you might start to realize two key things: a) your thought stream exists, and b) you are capable of a consciousness that exists outside that thought stream.

Wow!  Ponder that last one.

Yes, it is ironic that I ask you to ponder that, in your mental thought stream.  But just consider it.  What exactly is that “other consciousness” that was clicking the counter that whole time, if that was not part of your thought stream?  Does this mean you don’t actually have to exist in your thought stream at all times?  I invite you to consider this deeply.

For me, that second realization was, pardon the pun, mind-blowing.  It was a small opening in the doorway to a non-zombie existence.