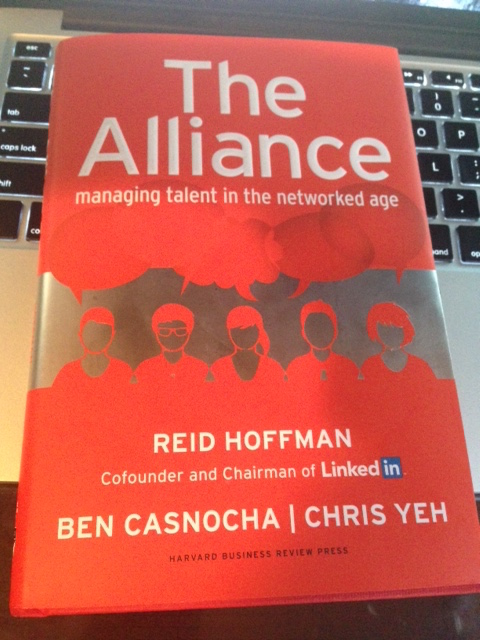 They promise you that the sky is the limit!  You will be working on the next generation of their flagship product, pushing the company into greatness, if you make it through the selection process.  If they hire you, you should be proud!

You get through a grueling multiple-day interview process where the company is careful to reinforce how they only hire the best of the best.

Finally, it’s “Welcome to the family!” and they send you a great offer.

You accept, thinking “Wow, this is going to be an amazing experience!”

Your first day on the job, you have to wait to get network access.  Your laptop was not ordered until you arrived, so you twiddle your thumbs for a few days, asking questions and reading surprisingly meaningless documentation.  You attend an orientation with your HR representative, in which you are reminded that you live in a right-to-work state, but you already knew that.  In addition, your first ninety days will be probationary.  They didn’t tell you that during the interview process.

In your first week, two of your development colleagues quit.  To fill the capacity gap, since you are the new person, you are tasked to support the bug fixes that they were working on.  Then you are asked to refactor legacy code produced by the engineers that left.

Two years later, you still haven’t engaged on any of the company’s strategic projects.  In fact, none of the things you discussed in the interview process have come to pass.  You start questioning your own goals, and you wonder why you are working at this company.  The honeymoon is over.

Does this sound familiar?

Tragically, this is a common problem in the field of knowledge work, and in software engineering in particular.

Fortunately, Reid Hoffman, Ben Casnocha, and Chris Yeh propose to change all that with their recent book: “The Alliance – managing talent in the networked age.”  I first heard about this book via Twitter, and I clicked through the slides on the associated web site here.  Then I bought it from Amazon here.

Folks, this one could be a game-changer.

The main point of The Alliance is to present the authors’ hypotheses around changing the dynamics of employer-employee relationships.  These relationships, according to the book, have been in a state of decline since the 1950s and 1960s.

Why I Read The Alliance

To explain why The Alliance resonates strongly with me, I will explain a bit of my own background.

As I have mentioned in other posts, I have had a rather large number of software roles in the last twenty-plus years.  My typical time span at a company is about two years – sometimes less, sometimes more.  I normally engage in work that is associated with a tangible product development effort, regardless of what the company or organization might have in mind.

When the project is delivered or released, I usually move on.  The exceptions are those rare cases where I can see a broader purpose that I can connect to; something that seems worthwhile and interesting.

This “tours of duty” approach is something I have been living, perhaps not always consciously, since the early 1990s.  It is this pattern in my own software career, that made The Alliance very appealing – it is a central theme for the book.

Intriguing Concepts From The Alliance

The Alliance is short and makes for a very fast read.  I read it in a few hours, and I am reading parts of it a second (and third) time.  In the following sections, I will touch on the main components from the book, and describe how they resonated for me.

The Tours of Duty concept is the first major hypothesis of the book.  It is based on the assertion that there is more benefit to both sides of the employee-employer relationship if there is an alignment around specific, time-bound, goal-driven projects or initiatives (called “tours of duty”) rather than the the traditional vague relationship.

The authors very bluntly point out that the traditional model of lifetime employment is long-dead, quoting Jack Welch: “Loyalty to a company?  It’s nonsense.”

Their claim is that we have reached a point where neither the employer, nor the employee feel like they have substantive commitments to each other.  This results in disengaged and possibly disenfranchised employees, and employers that can no longer see long-term benefits to investment in employees.

My own experiences are in line with this observation.  I have observed that most companies do not have any meaningful or substantive career path for technical folk.  Why would any software engineer invest their own future in a company, if the company is not interested in investing in them?

The Tours of Duty concept claims to address this problem using a more engaged model between the two sides.  They site the story of John Lasseter, who left Disney due to Disney’s own inability to recognize the value of his ideas, only to start Pixar and later be acquired by Disney.

The authors present some similar LinkedIn case studies and introduce formal types of Tours of Duty.  The value proposition of this philosophy is based on open, honest communication between parties, and fulfillment of commitments by both sides – as well as consequences for failure to achieve objectives.

I found this concept to be highly compelling and worthy of exploration by companies that are interested in increasing the engagement of their workforce at all levels.  I personally would love to see this become commonplace in the software engineering world.

The Use Of Employee Networks

Since the book is written in part by Reid Hoffman, it is no surprise that it is influenced from LinkedIn’s perspective around the power of social and professional networking.

The authors make a compelling case that companies should encourage – rather than discourage – employees to expand and use their network of colleagues, companies, and associations.

It is likely true that an employee with a great network is able to easily move to other companies.  This is perhaps the traditional view of the risk of a strong social network from the employer side of the relationship.  But the authors claim that the value outweighs the risk, pointing to the interesting story of PayPal’s early days versus Billpoint as an example – where the social network was able to give the company a life-or-death competitive advantage.

I could imagine that this point would require a shift in thinking, particularly for companies and managers that maintain the traditional view that employee retention is purely about money, rewards, recognition, or planned skill obsolescence.  Indeed, I have been in software companies where development managers were extremely insecure when faced with a key technical person updating their LinkedIn profile.

I am still very cautious about updating my own LinkedIn profile.  After reading The Alliance, I have been reflecting on how much this implies about the perceptions of software management.

It strikes me that promoting and engaging with the employee social networks in a constructive manner is a very interesting idea, but also an achievable and inspiring value-add on both sides of a working relationship.  It also seems to be a low-cost form of employee benefit – which should be a motivating factor!

A surprising part of the book dealt with the philosophy of establishing and maintaining a healthy corporate alumni.

The point is that if companies nurtured a healthy and positive alumni community, then that community can in turn help the company in the future, through engagements with former employees, referrals, sales, and so forth.

This is an area that seems to be a major opportunity for most of the corporate world.  The authors mention survey results that point to a very small minority of companies that have formally supported alumni networks.

The authors give specific advice for companies that want to set up alumni networks.  You’ll have to buy the book to see that.

The treatment of alumni was particularly interesting to me.  I once parted ways with a very large tech company in which I had a very interesting role.  My departure was partly due to the reporting structure at the time.  My exit interview consisted of a radio button on an anonymous web site.  Setting aside the ridiculousness of that sort of treatment, I still legitimately like the company.  I might be considered a positive resource as an alumnus for that company.

On the other hand, I once left a small start-up after only three weeks, after seeing how a fellow employee was treated (think about fours days straight in the office, then passing out from exhaustion.)  When other engineers asked me about that company, I would politely tell them the story and allow them to make their own decision on the matter.

It seems obvious that alumni groups can influence the future of companies.  The key realization is that there is still a potentially active relationship that can either be a promoter or detractor, long after the direct employee relationship is over.

It would be very interesting to see companies start to realize and act upon this notion.  I think it would help generate longer-term perspective from both sides.

Once in a while, a book comes along that makes you wonder: “Why isn’t everybody doing it this way?”  The Alliance is one of those books, and I highly recommend it.  I believe that the ideas presented could be a game-changer in the way software engineers (indeed, any knowledge work genre) and their management operate together.